The JELL-O Museum, the LeRoy Transportation Museum, the Historic LeRoy House, the Underground Railroad Tour, and the Barn Quilt Trail—all bring tens of thousands of people to LeRoy each year. None of these attractions existed before Lynne Belluscio became curator of the LeRoy Historical Society. 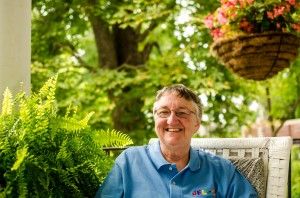 “All small towns have a story to tell, and LeRoy is extremely fortunate. Its history and heritage are extremely significant,” Belluscio said. “My job is to share that with people who didn't even know LeRoy existed before they came to learn about JELL-O. That's the fun part.” Originally from Rochester, Belluscio was working at the Genesee Country Village & Museum when she became director of the Historical Society, 25 years ago. “I was engaged by the fact that there was great history that needed to be shared and preserved,” Belluscio said.

As the 100th anniversary of JELL-O approached, the society decided to launch an ambitious project to create a museum for a product that was as American as apple pie (and possibly more-so in Belluscio’s view). Not to mention, it was invented and manufactured for decades in LeRoy. Tens of thousands of dollars in fundraising later, the JELL-O Museum opened. It provided a basis for the society to secure grants for the transportation museum and enabled the use of the Historic LeRoy House as a local history museum. 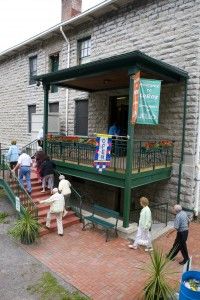 When a docent asks, “Where are you from?” they aren’t just being polite. Little tidbits of a person’s biography can help the guide make the visit more interesting.  If you’re from Canada, you might be interested to know that the Granny Smith apple flavor of JELL-O is only available in your native land. If you’re from California, perhaps you would like to hear about the former student of Ingham University who had a prolific career in the Golden State as an artist. Ingham University, founded by two sisters in the middle of the 18th century, is one of Belluscio’s favorite topics to discuss. The school provided an education on-par with Yale or Harvard at a time when women’s higher education was not widely regarded. Belluscio isn’t one to take credit for all that has taken place under her leadership within LeRoy’s history community. "Lots of people think history is written in stone, but you soon learn, that all the time we are learning more about the past and that makes history fun!" she said. www.LeroyHistoricalSociety.org

EDITOR’S NOTE: This story was part of a series written by Howard Owens on behalf of the tourism agency of the Genesee County Chamber of Commerce for the 2014 Visitor’s Guide.