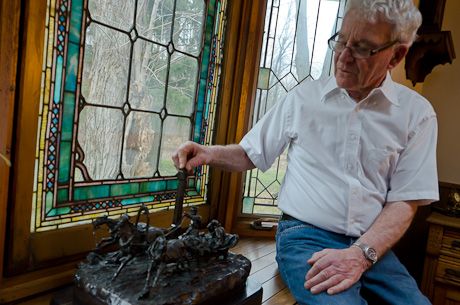 EDITOR'S NOTE: This story is part of a series prepared on behalf of the tourism agency of the Genesee County Chamber of Commerce. The new tourism guide was recently published and is available at the chamber's office and will soon be available at other tourism locations. The guide is also available for download from the official tourism site for Genesee County, VisitGeneseeNY.com.

Of all the art and artifacts in Tony Kutter's home in Corfu, one he's quick to show off is a German beer stein presented to his father, Leo, after he completed his training in making handcrafted cheese.

“In Germany, if you went to school for a vocation, you would get an occupational stein to keep," Tony said.

Leo Kutter started his cheese-making career after World War I. Kutter had served in the German infantry as a teenager, was wounded, captured by Allied troops, escaped, and by the time the war ended decided he wanted to learn to make cheese. 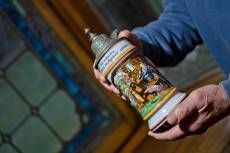 One day, a boss suggested "you're a young man without a wife or child -- you ought to move to America and seek out better opportunities.”

Kutter set his sights on the then-boomtown of Buffalo and arrived at Ellis Island with only $16 in his pocket.

There were plenty of jobs available for immigrants in Buffalo in the 1920s.

"When he came to America, Buffalo was the largest manufacturing metropolis in the world," Tony Kutter said.

Leo Kutter took a job in a cheese factory and dreamed of owning his own business.

"I admired my father because he was steadfast and he worked hard," said Tony. "I learned from him to appreciate good work habits. I remember as a teenager, I wanted to play football and do all that stuff and he said, 'ah, that's just a waste of time.' I would come home after school, change my clothes and wash milk cans and get things ready for the next day."

There was time for fun, but Tony and his friends, who were all sons of dairy farmers, would complain about their chores and work life.

"Of course, we all thought we were being abused," Tony said with a chuckle.

Leo died when Tony and Richard were in their 20s and the brothers took over the business, with Tony running the factory and and Richard keeping the books. 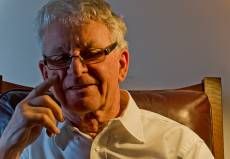 "My father prepared me for my life and taught me how to set some goals and work hard," Tony said. "He prepared me for being successful in business. I think you can take the easy route, but my father wanted to start a business so much that when he died, I felt obligated to carry it on."

The business paid for Tony's three children to go to college and start careers of their own. The factory is now owned and operated by Yancey's Fancy, and the outlet store in Corfu is owned by Brian and Heather Bailey and Christine Adamczak.

It also opened a door for Tony to go to Russia after the collapse of the Soviet Union and help Russian entrepreneurs get started in the cheese business.

Kutter speaks Russian and owns bits of Russian history, such as sculptures, antique toy trains and a Soviet propaganda flag, all collected over the course of 31 trips to Siberia over a 12-year span.

He helped set up a cheese factory in Omsk that would serve as the central employer of 300 Mennonites.

Mennonites, being of German heritage, would have been granted permission to flee Siberia and return to Germany as refugees, but at the time Germany was suffering from high unemployment, and an influx of refugees would’ve only added to the problem. Instead, the German government offered to pay shipping costs to Omsk for all the necessary equipment for a cheese factory there.

"It was so interesting and rewarding to be able to help those people,” Kutter said.

The Mennonites learned to make cheese the Kutter way, which is to go well beyond a mere sharp cheddar -- the primary cheese being made in New York when Tony and Richard took over Kutter's -- and add flavors to create different specialty cheeses.

"I developed different varieties, such as horseradish cheese," said Kutter. "Everybody is copying me now. I was the first guy to make that stuff and they're making it in California now."

Even so, Tony is proud of the success he's had and warns others who might go into business for themselves: it's hard work.

"My father always told me if you‘re going to do something, be as good at it as you can be and make sure you really like it." 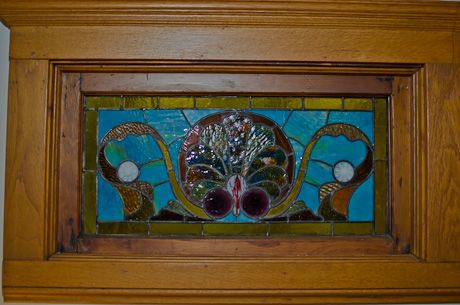