Reenactors live the history they teach 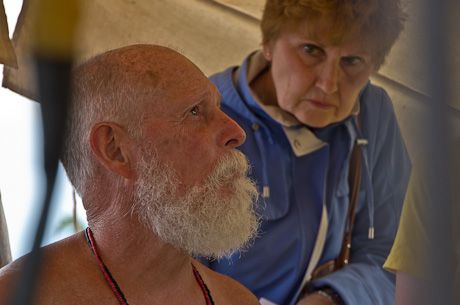 There's more to history than can be learned in a book. Sometimes, you've got to be there.

Of course, none of us were alive in 1812. We never fired a musket, skinned a squirrel or tried to survive a harsh winter without gas or electricity.

Reenactors do those things, trying to achieve a degree of authenticity that comes only from a passion for history and an enduring curiosity about how our ancestors did it.

"When you talk to people during these reenactments, you take on the persona of the person," said Tony Consiglio, who does reenactments with his entire family. "It's not just a stage act. They're trying to reach you history by showing it to you and by living it."

Consiglio was at the Pembroke Town Park on Saturday as part of a reenactment group known as the Genesee County Militia.

Founded by Batavia resident John Della Penna in April, the group of 10 people has already mustered for four events with many more on the calendar throughout Western New York in the coming months.

The project centers around reenacting the War of 1812, so the reenactors who have invested in the appropriate garb and equipment will be in their roles for at least four years. 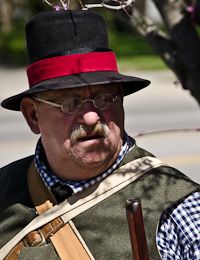 Getting dressed up in costumes for tourists might seem like play acting, but each reenactor takes his or her role seriously. They learn everything they can about the period of history they are portraying.

They take on a role of a person they can identify with -- a farmer, a sharpshooter, merchant, sailor, an immigrant, a Native American -- and work to try and understand how just such a person would think and act that era.

The clothing is as authentic as they can make it -- no synthetic fabrics, but the stuff of the Earth -- wool and leather and cotton.

The muskets may be reproductions, but they're faithful to every detail. What they can't buy, they make.

Reenactors can spend a couple of thousand dollars or more on clothing and equipment, but Della Penna said all that is really needed to get started is the right era shoes, pants, shirt and hat.

The minimum requirement isn't much different from what a farmer or merchant of 1812 might have faced when joining the militia for a 90-day stint. They might have a musket, they probably had a canteen, but beyond that, they showed up for training with the clothes on their back.

"You need the clothes appropriate to the period and the right attitude," Della Penna said. "What we've adopted with the Genesee County Militia is if a guy wants to come in, as long as he's period correct, then that's the way they fell in (in 1812), just with their clothes."

He spent his time Saturday showing families that attended the picnic for Pembroke's bicentennial how to make fire, explaining how to hunt, showing off his weapons, tools and utensils, and giving an expert demonstration on how to throw a knife and tomahawk and hit your target every time.

Like many reenactors, Ferris portrays a role that is appropriate to eras other than 1812.

Nearly all of the reenactors also portray Revolutionary War characters (Rev War, as they all call it), and Della Penna is also a seaman, being attached to the U.S.S. Constellation docked in Boston Harbor.

Militia members, such as Seward, Smith and Bosch, demonstrated how to fire a musket.

The old-school flintlocks gave us a couple of terms that are now cliches today, such as "keep your powder dry" and "flash in the pan."

Loading a flintlock involves pulling out a pre-made paper pouch of black powder, ripping of the top with your teeth, pouring a small amount into the pan, dumping the rest down the barrel and then using the ramrod to stuff the power, bullet and paper down the shaft (no bullets were used Saturday).

Seward said different militia had different standards for how many bullets a soldier should be able to fire in a minute using this method -- from three to five, usually.

Of course, if the powder got wet, the spark from the flint wouldn't ignite it. And it might also happen on occasion that the bullet didn't fire, even though the powder in the pan flashed.

The time Seward and others spent explaining the history and technique of muskets is common for reenactors, Consiglio said. That's why it's important for reenactors to be thorough students of the history they want to portray, right down to adopting period-appropriate political views.

"I run into a lot of people who just never realized all of the reasons of why these things actually happened," Consiglio said. "They don't know the details of the different wars or how they started."

Consiglio said his interest in reenacting was sparked when he was a Boy Scout on a camping trip to Fort Niagara, where a group of reenactors were putting on a demonstration for the scouts. The Akron resident said he also had a fifth-grade teacher who loved to stage historical plays with period-appropriate clothing.

As he got older, he continued to enjoy camping and as he tired of the "glitz and ease" of modern camping, he gravitated toward more primitive tools.

His wife's father is an antique dealer and he acquired a musket that Consiglio started using on his camping trips. In 2009, he was invited to join an reenactment group. A short time later, he invited his wife to join in and then his children when they were old enough.

The boys do draw interest, Consiglio said, but it's also just a hobby the family can enjoy together.

"It allows me to enjoy my family doing what I like to do instead of feeling that I'm away from them doing my own thing," Consiglio said.

It's also an educational experience for the boys.

"It teaches them what people went through in the early days to build this country," Consiglio said. "It's a chance for them to learn how to manage a lot with a little."

As for Consiglio's charcter, he portrays a man from Kentucky who relocated to the Batavia area, drawn by the land grants available through the Holland Land Office.

Back then Batavia was hailed as an area of opportunity, he said, and his charcter traveled here trying to better himself.

Rather than act out some role in history, typically the reenactors invite visitors into their camps, their tents, their lives as their characters would have lived them.

Militia members even let some visitors fire their muskets, which is what American Legion members Tony Kutter and Richard Beal got to do under the instruction of Seward and Smith.

Kutter, a veteran of the Korean War, thinks reenactors have an important role to play in educating the public.

"Of course, a veteran of the Civil War, if you've seen all that carnage, the last thing you would have wanted to do was reenact it," Kutter said. "It is part of our history and people should know.

"A lot of time we don't learn from our history. We get carried away by our emotions. I think it's very interesting. It's part of our history and our heritage." 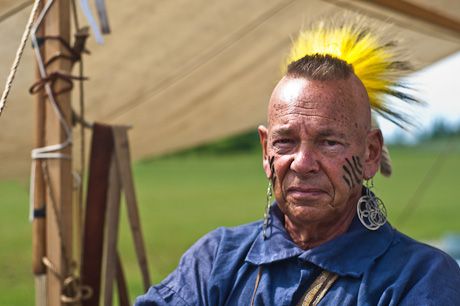 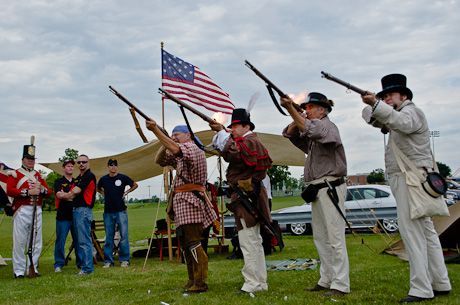 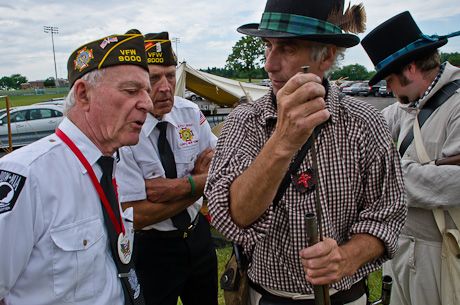 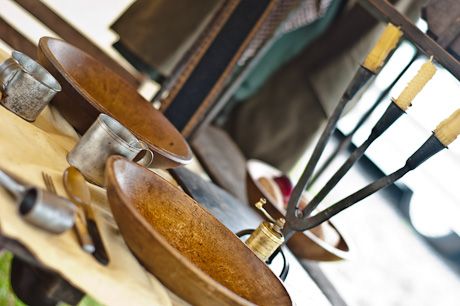