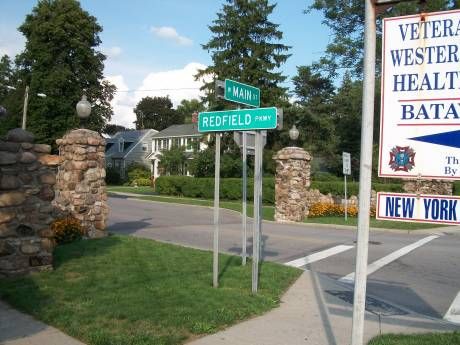 Redfield Parkway, one of the City of Batavia's historic neighborhoods, has changed quite a bit over the years. 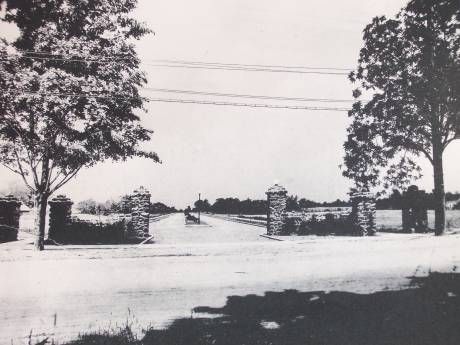 Above is a picture from 1912, when it was first founded by Charles A. Williams (former Genesee County Sheriff and mayor of Batavia) and his then-partner, David Garrett. 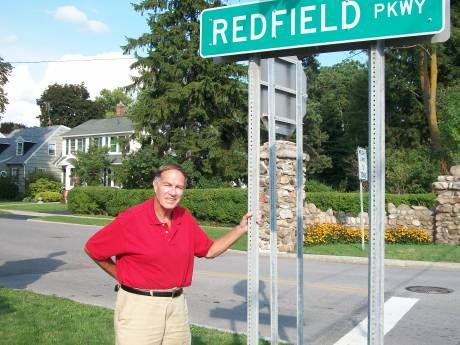 Jim Owen, a Redfield resident known as "the mayor" to some of his neighbors, is part of the committee organizing the "100th Anniversary Redfield Parkway Program" on Saturday.

There will be a ceremony that is free and open to the public from 1 until 2 p.m. on Saturday. Sunday is the rain date. It will include:

Wayne Fuller of WBTA will be the Master of Ceremonies.

Owen looks forward to celebrating Redfield's heritage with his neighbors and fellow Batavians.

"From an historical point of view it's neat to find out where we came from," he said. 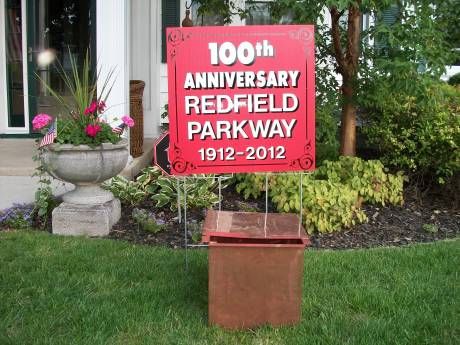 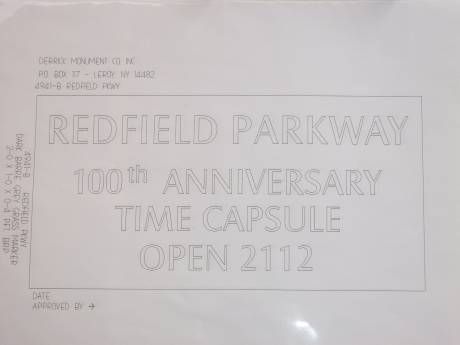 Owen said the tentative plan is to bury it near the pillars, with a stone made by Derrick Monument Co. of Le Roy marking the spot.

Copies of local historian William F. Brown Jr.'s book "The Story of Redfield Parkway: The Beginning" will be available for purchase for $5 from Owen. 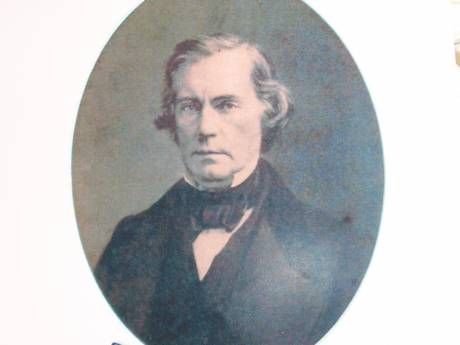 Photo from Brown's "The Story of Redfield Parkway: The Beginning"

Redfield Parkway was named in honor of the family of Heman Redfield, a local politician, lawyer, landowner and one-time Le Roy Postmaster. His home, according to Owen, was where Batavia's Valu Plaza is located today.

Redfield was born in Connecticut on Dec. 27, 1788, but he lived in Genesee County for most of his life. A member of St. James Episcopal Church, he served as a warden and vestryman. He also helped build St. Mark's Episcopal Church in Le Roy.

He was elected to the New York State Senate in 1823, serving with Attorney General Martin Van Buren (before he became the eighth president of the United States).

A War of 1812 veteran, he fought at the battle of Queenston Heights at age 24.

On July 22, 1877, Redfield died at age 89. According to literature provided by Owen, his funeral procession was the longest in the history of Batavia at that time. He is buried in the historic Batavia Cemetery on Harvester Avenue.

He had 12 children, and his family owned the land where Redfield Parkway now stands until 1912. 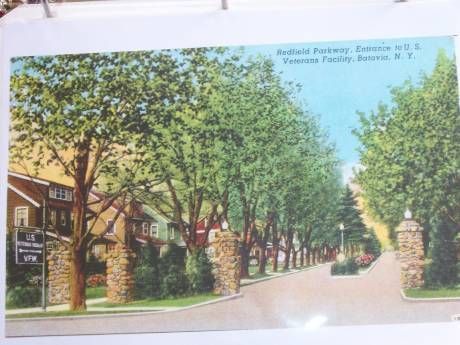 A postcard of Redfield Parkway from the 1940s. Photo provided by Jim Owen.

Redfield Parkway was a private street until 1928, at which point it became part of the City of Batavia. It has existed in its present state since 1966, when the last house was built.

Over the years, it distinguished itself not only by its beautiful flower beds, but also by the row of American flags running down the street's median. Appropriately, the flags would eventually lead the way to the Batavia VA Medical Center (they were stolen, but Batavia Downs is supplying new ones). 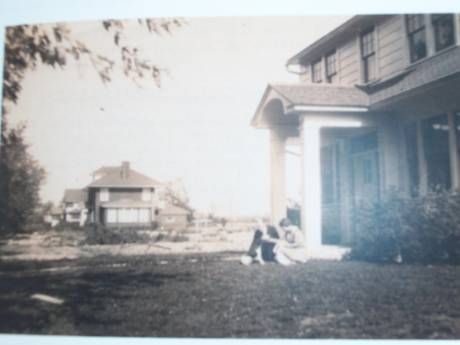 Owen and his sister are lifelong Redfield residents. Their parents, Frank and Natalie (pictured), bought the house in 1930 and the adjacent land in 1945. They bought the land from Edna Gruber, who was Batavia's "most famous madam" and well-known for her local charitable work. 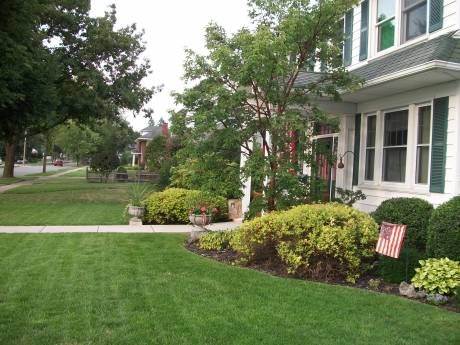 Interestingly, 2 Redfield is technically 4 Redfield (anyone who drives by and looks closely will see that although the house has a "2" on it, the house right next door is 6 Redfield).

The vacant space to the right of the house is 2 Redfield. The Owens had lived at 4 Redfield for 15 years by the time they bought this space, so they just gave the same number to the whole property. 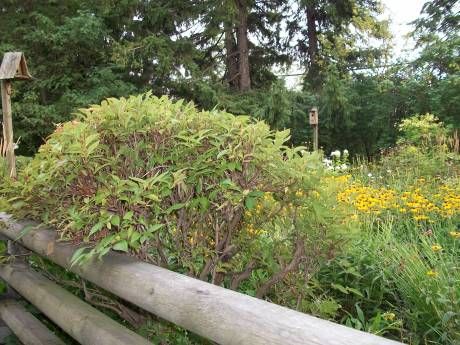 Here is a photo of the real 2 Redfield, a garden well tended by Kathy.

Celebration of a heritage

People can learn more about these and other stories on Saturday.

"(Our neighborhood) has a tradition that's been carried on for 100 years, and I hope it continues," Owen said.

To that end, he added that the neighborhood will be making an effort to save the pillars at the parkway entrance in the near future.

At this point, the pillars are owned by the city. Owen said the repairs will cost about $16,000, and they are hoping for a grant.

For more information and for any updates, visit the Redfield Parkway 100th Anniversary page on Facebook.