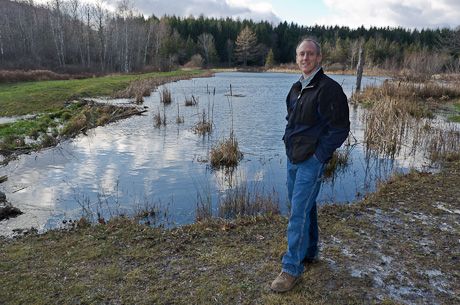 EDITOR'S NOTE: This story is part of a series prepared on behalf of the tourism agency of the Genesee County Chamber of Commerce. The new tourism guide was recently published and is available at the chamber's office and will soon be available at other tourism locations. The official tourism site for Genesee County is VisitGeneseeNY.com.

Some people leave their mark on the land by building highways and shopping centers.

Osborn started his parks career 12 years ago after getting a degree in landscape architecture, but he thinks he made the right choice when he decided to apply to the county for a parks job.

"It was an opportunity to be part of creating something that will be there forever," Osborn said. "It my chance to create a legacy, to leave my stamp on things."

When Osborn took over as parks supervisor, the Genesee County Park in Bethany was in pretty bad shape, he said, and Dewitt Recreational Area was less than two years old and needed a lot of improvements. 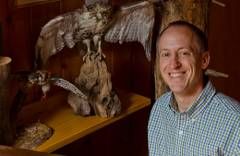 "It was an opportunity to show what I could do for the community," said Osborn, a native of Oakfield who still lives in Genesee County with his wife of 12 years, Melinda, and their two children.

The vast Genesee County Park, covering 430 acres, was beset by disrepair when Osborn started. The bridges were getting old, the pavilions needed fixing, the playgrounds weren't up to standards and the facilities management structure was just a hut with a dirt floor.

Slowly, Osborn was able to rehabilitate the park infrastructure, and improve access for people with disabilities.

Today, the park is one of the gems to attract people to Genesee County.

With more than 150,000 trees, which were planted between 1885 and 1935, the park was the first county forest established in New York’s history.

Its four acres of wetlands provide habitat for waterfowl. There are also five ponds, a few of which are good fishing spots.

Visitors can enjoy five picnic areas and four playgrounds. There are pavilions equipped with grills and restrooms at each area. Hikers, walkers, runners and long-distance skiers can enjoy more than 10 miles of marked and mapped trails.

Dewitt Recreational Area, on Cedar Street in Batavia, is where Osborn has been able to exercise some of his creative energy.

While there was a master plan in place for Dewitt when he took over, it doesn't specify every detail of development. This allowed Osborne to choose the design of pavilions, select picnic tables and playground equipment and decide the best placement for them all.

And the park is still a work in progress.

Currently, it offers a state-of-the-art playground in easy view of either of its pavilions, plus a quarter-mile track, all on the edge of a large pond. The water is stocked each spring with brown trout, providing a lure to young anglers right in the city.

Since Osborn took over the parks, the Nature Center at Genesee County Park has also undergone its own kind of upgrades (the center is off Bethany Center Road, the last left before crossing the county line).

With the help of Judy Spring, environmental education specialist, programs have been added, displays made more interactive and marketing has been improved so local residents can stay apprised of what's going on at the center.

The 3,000-square-foot center was built in 1998. It offers a laboratory, a classroom, several display areas and a conference room. From the back porch, visitors are often able to view wildlife hanging out in their natural setting. The center is open year-round Thursday through Sunday, with hours varying according to the season.

"The nice thing about our parks is that there’s something for everyone when they come,” Osborn said.

While Osborn is no naturalist -- he considers himself a facilitator for the parks, and finds the right experts to help with forestry and wetlands management -- he does think the parks play an important role in a healthy community.

He frets about childhood obesity and that too many children today do not get enough opportunities to play in the dirt.

"Here we are living in a rural community and there is a little girl who has never been in the woods. That's just shameful for society. We need the chance for natural experiences." 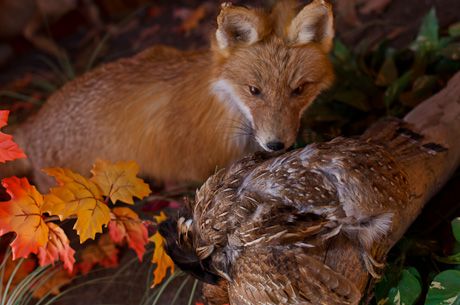 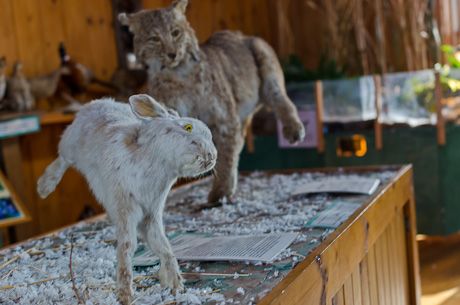