This is the first in a series of stories about the 2011 winners of the Genesee County Chamber of Commerce Awards.

Since opening its doors for business in the fall, Palm Island Indoor Water Park at the Clarion Hotel has made a big splash.

Being chosen as the 2011 Innovative Enterprise of the Year by the Genesee County Chamber of Commerce is proof of its positive impact on the area.

On Sept. 30 last year, a risky dream became a reality for owner Chan Patel, when the doors opened at the new indoor water park in the Town of Batavia and people started to trickle in.

It began when Patel starting to think of ways to create a business to attract tourists throughout the stagnant winter months when business typically all but freezes.

The goal was to invest in a new product to provide a steady flow of revenue during the off season.

"I have many long-term employees who have families," Patel said. "I wanted to help keep jobs for them during the winter when it slows."

Previously, the hotel maintained around 60 employees.

This year, rather than laying off staff, the water park has generated additional jobs. Currently, Patel employs 100 people and is still hiring. 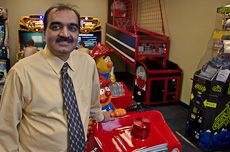 "What I have brought to town is unique," Patel said. "The water park is something different and a way to increase business."

Not only has the water park improved business at the hotel, it has boosted the number of tourists pouring into local restaurants and stores.

From September to December, the attraction drew around 10,000 more people than usual for that time of year.

"I have been told that business has increased in town due to what we have done here at the Clarion," Patel said.

He first came to Batavia in 2001 with his wife and two sons, buying what was once the Holiday Inn.

While living in Boston, a friend informed him the hotel was for sale and "I was up for the challenge," he said.

In 2004, after a family trip to Splash Lagoon Indoor Water Park Resort in Erie, Pa., he was inspired to provide a similar attraction here.

His oldest son was excited about the plans and told his father that "Batavia will finally be on the map. Everyone will know where it is."

After getting bank approval, work began on the project in 2006.

"When we first started, we traveled all over to try different indoor water parks," Patel said. "Our youngest son was our eyes, giving us many ideas through his perspective."

Right now the park is for children 12 years of age and under. Packages are available for overnight guests, and day passes available if rooms aren't sold out.

In a few years, Patel would like to expand another 10,000 square feet. This water park may be just the beginning of things to come. 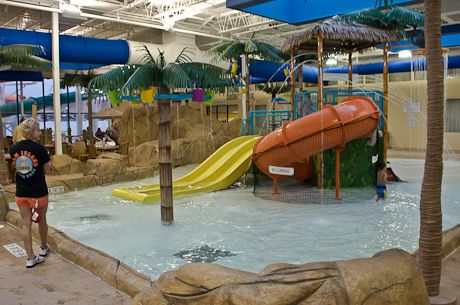 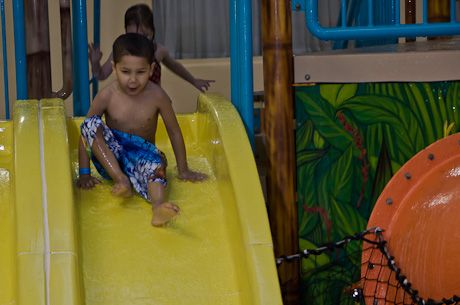