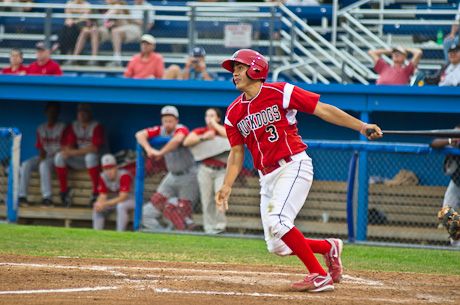 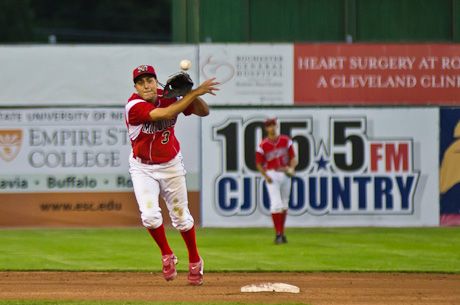 Two games into his professional career, Alex Mejia came through for the Muckdogs in a big way Saturday night, giving local fans an idea why the Cardinals selected the Pac-12 Player of the Year in the fourth round of June's amateur draft.

Mejia put the Muckdogs on the board in the third inning against the Lowell Spinners with an RBI double. It was Mejia first professional hit (top photo).

Mejia helped lead the Arizona Wildcats to a College World Series championship and signed with the Cardinals just a week ago at the end of his junior year in college to help his family out financially. He received a $250,000 bonus.

The newest Muckdog comes from a strong baseball family (his father was an All-American at Pepperdine, his sisters play college softball and his cousin is with the Washington National's AAA farm team).

ESPN featured Mejia in a recent article, and the shortstop received some high praise.

"His passion to succeed, his intangibles, his knowledge of the game ... Alex has it all," Lopez said. "I wouldn't trade him for anyone."

But Mejia wasn't the only player to contribute to the Muckdog's 3-0 win over Lowell in front of 667 loyal Muckdog fans.

David Washington, a fourth-year pro from San Diego, who is showing signs of putting it all together this year and is hitting .322, drove in two key runs in the fourth inning with a two-out double.

Last season's starting shortstop is now the Muckdog's closer, and Yunier Castillo picked up his third save on the year. After eight appearances, Castillo's ERA is 0.80 and he's fanned 12 in 10 innings.

First-round pick Patrick Wisdom continued his solid rookie season with two hits and some impressive defense at third base.

Also collecting a hit was catcher Jesus Montero, who is the top offensive player for the Muckdogs so far this season.

The fifth-year pro is the brother of Seattle Mariner's catcher Jesus R. Montero (the Seattle catcher is known as Jesus Rafael Montero as opposed to the Muckdog's Jesus Montero). The elder Montero was traded to Seattle by the Yankees, where he was considered one of the top catching prospects in the major leagues. 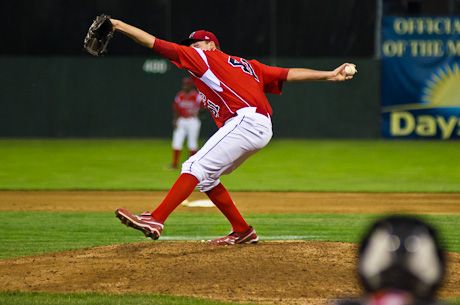