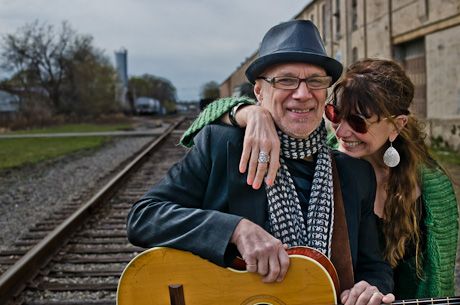 One of the annual features of the Ramble Music and Arts Festival in Batavia is the community ramble story -- it's built one paragraph at a time by whomever wants to jot down a few words.

The story has no clear plot and nobody knows how it's going to end.

At the 2011 Ramble, Ken and Jeannie Veltz realized maybe it was time to write there own ramble tale. With nothing holding them down or holding them back, they decided to sell nearly everything and hit the road with no way to make a buck except to find places to play their music.

"There was no one really who depended on us having a house or having anything, so we just said, 'let's roll the dice,' " Jeannie said.

The journey has carried them from their former home in Cold Spring to NYC, and through Maryland, Virginia, North Carolina, D.C., and even Batavia and Medina.

One thing they lack that traveling musicians need to supplement their income is a CD to sell.

To help them get a CD recorded, properly mastered and pressed, the singer-songwriting duo figures they need to raise $7,500.

To accomplish that, they're working through a site called Kickstarter, which exists to help artists find funding for projects by soliciting donations from friends, fans and strangers intrigued by the project.

Kickstarters are all or nothing efforts -- if an artist can't get enough people to pledge the bankroll, the site collects nothing from the potential donors and the project isn't funded.

So far, the Veltz project has 17 backers and has raised 22 percent of its goal, which Ken said is generally considered a pretty good start. (To check out the Veltz Kickstarter project, click here.) 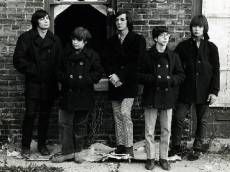 The musical journey for Ken Veltz began in Batavia.

Name Batavia musicians from the 1960s, from Bill McDonald to Jim Palumbo, and Veltz knew them or played with them.

"I coined the phrase that you can't throw a pizza across Main Street without hitting a musician, or visa versa," Ken said. "We had so many of both."

In the mid-1960s, Veltz was a member of the Squires, but when he graduated from high school all he wanted of Batavia was its skyline in his rear view mirror.

He moved to New York City and started a music career, and typical of musicians of the 1970s, there was plenty of drugs and booze to go with the gigs and good times.

It wasn't long before a major record label took an interest in his music, and Ken figured he had it made.

He moved back to Western New York, joining the house band at the Murray Hotel, where Veltz also tended bar.

Some friends introduced him to a Literature major at SUNY Brockport, Jeannie Eagan.

Ken remembers her as shy and quiet, delicate and refined.

Nothing much happened between them until somebody told him Jeannie had written a song for a mutual friend's wedding, but she needed help finishing it.

Ken went over to her place, helped her finish the song -- the last one they would write together until just recently -- and a 38-year-long journey together began.

Once married, they moved back to NYC area.

Another record deal came Ken's way, but internal strife at the company sabatoged it.

The Veltz family grew. They had three children -- Andrew, Laura and Allison. As the children grew up, they became musicians. The children formed a band and performed Ken's songs. When Ken and Jeannie joined the band, it became Cecilia, and the band was signed by Atlantic Records.

The deal came just as Atlantic was going through a shake-up following the AOL-Time Warner merger, and the band's career stalled.

There were also some medical issues for the family, so Cecillia stopped touring.

Amidst these life-changing events, Ken was having a bad day, and the weather was terrible. He was sitting outside, looking at the dark, heavy clouds above, and a bit of sunlight and blue sky poked through.

He said he realized, that's life -- the storm clouds are temporary, the blue sky is permanent.

The lyrics flowed from there.

The song became "Flying," and will be the title track of the CD Ken and Jeannie hope to record through their Kickstarter project.

Jeannie said getting rid of their home and most of their possessions wasn't scary at all, but liberating. 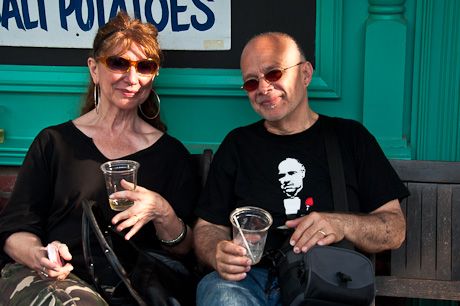 "It's an amazingly free feeling, gathering what is essential and gathering up what means something to you," Jeannie said. "Most of what we sold was stuff that we would go to other people's garage sales and buy, stuff that didn't really mean anything to us."

Part of what enabled Ken and Jeannie to live the life of musical ramblers is that their children have grown and moved onto successful careers of their own.

Andrew -- whom Ken said is one of the best guitarists he's ever played with -- has two children and is a successful videographer.

Laura and Allison both live in Nashville now and are making waves in Music City.

Allison Veltz got a publishing contract with a divison of Sony Music after her song "Mr. Taxi" (English verson sung by Allison) reached number one in Japan.

Laura Veltz was signed by Warner Records and her songs have been recored by several established country artists (you can listen to several of her songs on her website).

Ken thinks he and Jeannie will be watching their daughters on the Grammy Awards some time soon.

The New York Post did a story about Ken and Jeannie's ramble adventure, Ken said, and the writer made it sound like the duo was still chasing -- at ages 60 and 61 -- the Pop Star Dream, but that isn't right at all, Ken said.

"A lot of people think, what are you thinking, you think there’s going to be a line outside of Tower Records?" Ken said. "No we don’t. That’s not what we’re about at all. We just want to make a living doing what we do."

What Ken doesn't want to do is give up on a career that still has a chance to continue and maybe find new areas of success.

After another week in Batavia, Ken and Jeannie head to NYC for a month where they will play some shows and try to raise more money for their project.

From there, who knows -- Nashville, maybe Austin, maybe Gatlinburg, Tenn. They'll just ramble until they get to where ever they're going.

"We don’t know exactly what the destination is at this point, but I think we’ll know when we get there," Jeannie said. 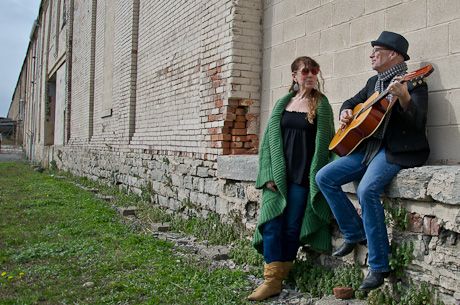