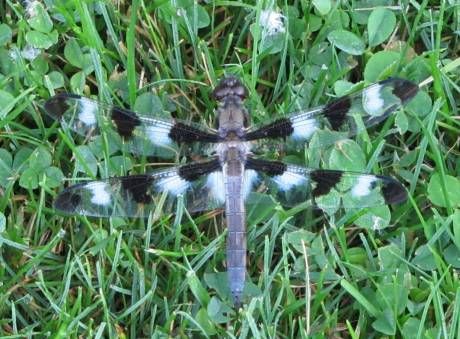 I didn't have to go far to get a photo of this dragonfly, called a twelve-spot skimmer. Apparently it was temporarily grounded by an early morning chill. It flew off when I attempted to scoop it up in my hand. 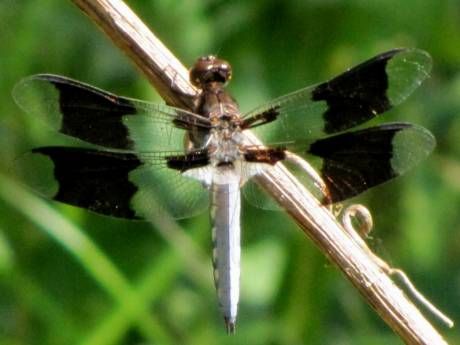 A white-tailed dragonfly clings to a wild grape vine. 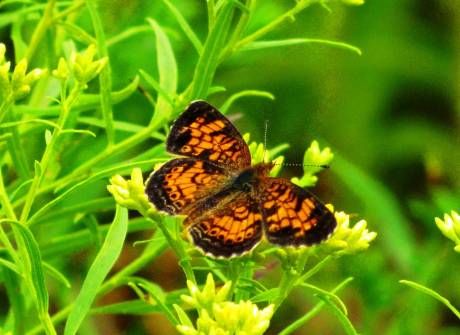 This marshy stream flows through one our preferred outdoor haunts. 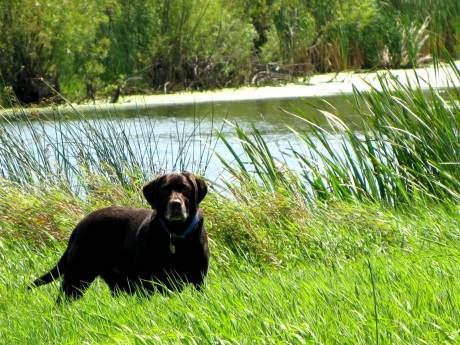 This is our chocolate lab, Tate... 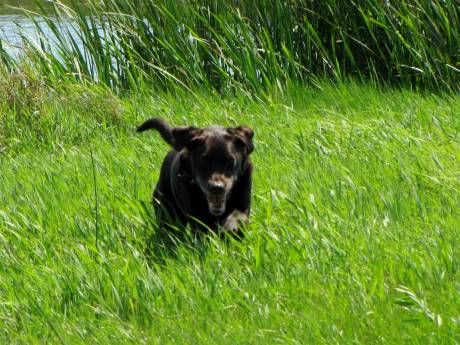 Obviously, this is one of his favorite places to cavort! 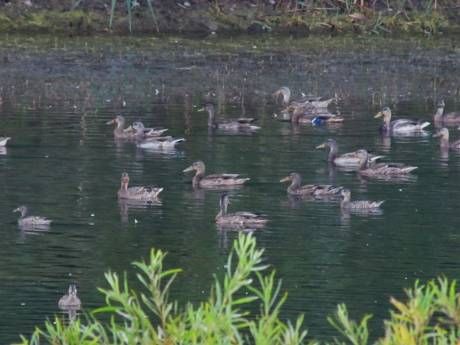 A raft of waterfowl, many of them black ducks, take a midday break. 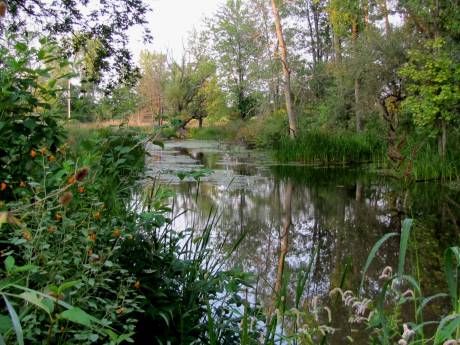 A narrow portion of the stream where it passes through heavy brush.

With a nut clenched firmly in its jaws, this gray squirrel was scurrying on a fallen log when it stopped to relieve an itch