While highlighting the extraordinary life of Andrew Ellicott in my last article, I thought it only fair to touch upon the younger Ellicott brother who made his own impact on Western New York, Benjamin Ellicott. Benjamin learned from his two older brothers in the science of surveying and assisted them on nearly all of their major projects. He was often Joseph’s right-hand man while representing the Holland Land Company, but Benjamin soon found other interests, particularly politics, that took him away from Batavia.

Benjamin Ellicott was born on April 17, 1765, in Bucks County, Pennsylvania, along with his twin sister, Rachel. As a young man, he was tutored in the art of surveying along with his older brothers, Joseph and David, by his eldest brother Andrew. In 1789, he made his first trip to the area, as he accompanied his brothers, Andrew and Joseph, to determine the western border of New York. He was the primary assistant of his brothers between 1791 and 1793 as they surveyed and mapped what would become Washington, D.C., and the District of Columbia. In late 1792, he led his own survey team to help settle the dispute on the boundaries of present-day Ontario County, establishing the Pre-emption Line, fixing the original line of the Phelps-Gorham Purchase. From 1794 to 1797, Benjamin was brought on board by his older brother, Joseph, as a surveyor and draftsman for the Holland Land Company after its purchase of lands in western Pennsylvania. 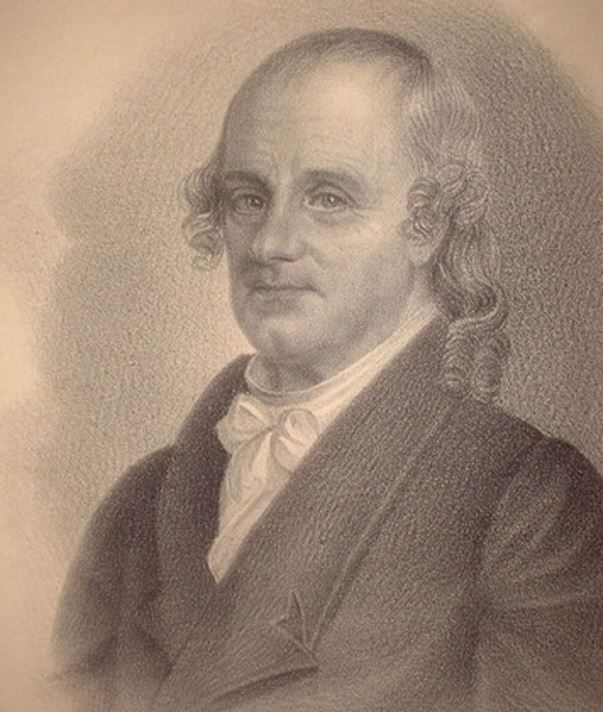 After the purchase of the lands from Robert Morris in Western New York in 1797, Benjamin Ellicott was placed in charge of one of three major survey teams devised by Joseph Ellicott during the Great Survey. He was tasked with surveying the eastern boundary of the purchase, from the Pennsylvania border all the way to Lake Ontario, which took five months to complete going overland by wagon. During his work on the Holland Purchase, Benjamin became Joseph Ellicott’s most trusted advisor and assistant, and was eventually designated his successor as head surveyor. Early on, Ellicott was asked by the general agent at the time, Theophilus Cazenove, what would be done if something should happen to Joseph during the surveying process. He stated: “In that case, I could wish my brother Mr. Benjamin Ellicott should act in my place, from a conviction that he is fully competent to perform everything in that line with as much facility as I am able to do it myself.”

By the turn of the 19th century, Benjamin Ellicott turned toward a political career. His first position came in 1803 when he became one of the first judges of the Court of Common Pleas of Genesee County. He only took the position after being persuaded by Joseph, as it would better help the position of the Holland Land Company.

Following the War of 1812, Benjamin grew to higher political aspirations. He was elected to the United States House of Representatives from New York as a member of the Democratic-Republican Party in 1816. He would serve one term in Congress, but led an unsuccessful re-election campaign in 1820.

Following his short foray into politics, Ellicott retired from active life and moved to Williamsville, where he owned a great deal of property, in 1826. Benjamin Ellicott died on Dec. 10, 1827, and was buried in a graveyard in Williamsville. However, his body was re-interred at the Batavia Cemetery in a plot saved by his twin sister, Rachel. Benjamin and Rachel would be buried together after her death in 1851, with the burial described at the time as such: “friends followed her remains to the tomb, and they were deposited by the side of her twin brother, (whose mouldering coffin was uncovered to receive her,)” ... “that pair again united, and sleeping together...”.

Ryan Duffy is executive director of the Holland Land Office Museum in Batavia. His “History with the HLOM” column appears twice a month in The Daily News.

By Ryan Duffy, The Daily News