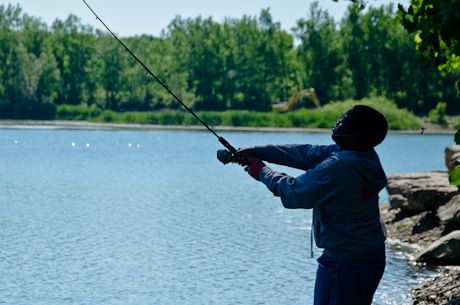 More than 50 kids turned out to the Dewitt Recreational Area this morning for a perfect day of fishing in the first ever "Fishers of Men" fishing derby.

The event was organized by Kevin Lawson, a retired officer of the Department of Environmental Conservation, who said he wanted to do something to get children into the outdoors.

"One thing I knew on the job is kids are getting out doors less and less," Lawson said, adding that Dewitt is a great resource in the county that a lot of people don’t even know about.

Participants competed for prizes based on their age group for longest fish and first fish caught.

I didn't get IDs on everybody in our pictures, but above, Joshua, 10, casts his line out; the next two shots down, Pastor Dan Schmidt and his son, Garrett, 7. 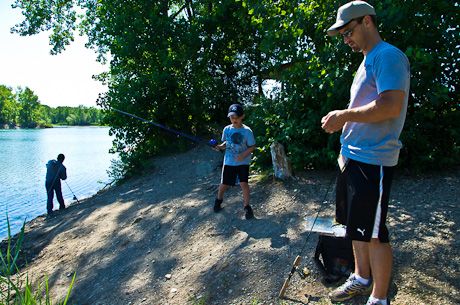 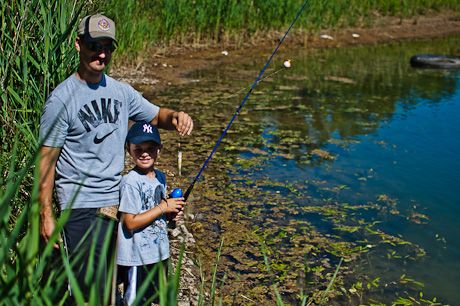 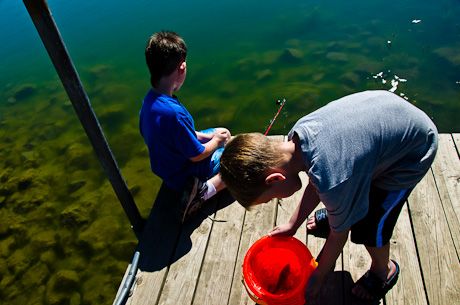 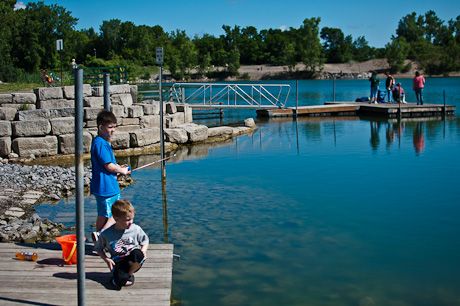 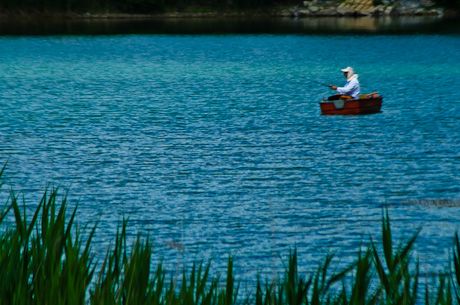