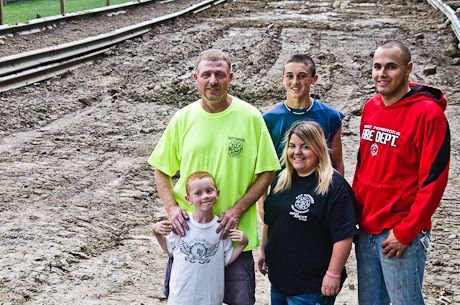 It's going to be a whole new ball game at the East Pembroke Mud Races this year.

After a nearly $10,000 renovation to the mud pit, organizers expect the races to be more fair, more competitive and safer.

The event, sponsored by the East Pembroke Volunteer Fire Department, has attracted a huge fan base over the years, but last year the old pit was showing some of its flaws, with racers in the left lane usually losing races because of sink holes in that lane.

"This is our biggest event and biggest fundraiser of the year and we want to make it as good as we can so we can keep going with it and keep building on it," said Dale Lewter, who has been helping supervise the changes.

The mud pit is all new for 2012, having been dug out, bedded with large stones, filled with smaller stones, paved with a layer of asphalt and then covered with sifted clay (removing all stones as a safety measure).

"We’re trying to make both lanes as even as can be and right now it looks like it will be that way," Lewter said.

A new water filling and drainage system will also allow officials to keep the mud more consistently mud and less like a pond filled with water.

The race is Saturday, with registration from 10 a.m. to noon. As always, there will be the Mud Queen scramble through the pit and the Outlaw Class race. Spectator admission is $11 or $15 for the pit, and racing registration is $15. Raffle prizes include a 2012 Polaris Sportsman 500 CC, a 2012 Polaris Outlaw 50cc and $3,500 cash.

Lewter asked that we be sure to include the East Pembroke Fire Department's thanks to its sponsors.

Top photo: Dale Lewter with youngest son Jarrett Lewter, and next to him son Mitchell Lewter, along with Julie Waldron and Destin Danser. 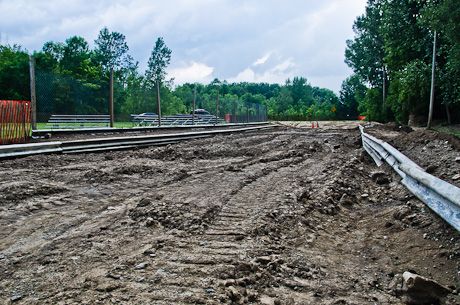