Early spring in the wetlands 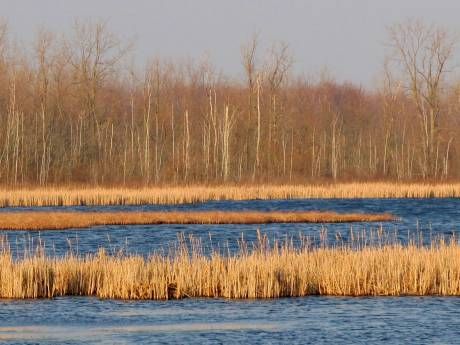 The wetlands in early spring have an allure all their own. Long before the first green buds or shoots begin to emerge, a cacophony of spring peepers permeates the air as nature begins her own seasonal celebration. In the above photo, a late afternoon sun casts a golden brown tint on last year's cattails. 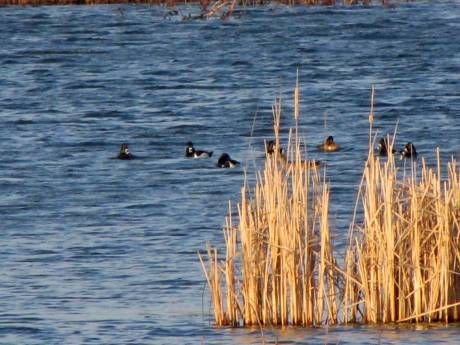 Here in the Oak Orchard Wildlife Management Area it's a good time to watch migrating waterfowl and an opportunity to see the diving ducks that will later congregate on the bigger bodies of water. 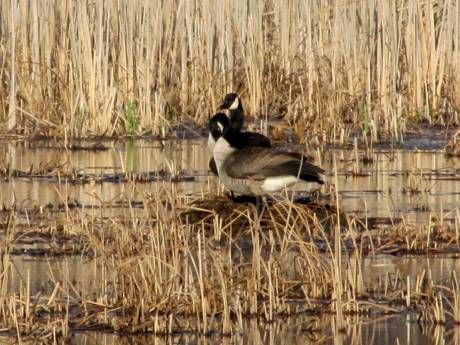 This pair of honeymooning honkers is all set for the mating season. An incredible number of geese wintered in the region, many of which began nesting weeks ago. 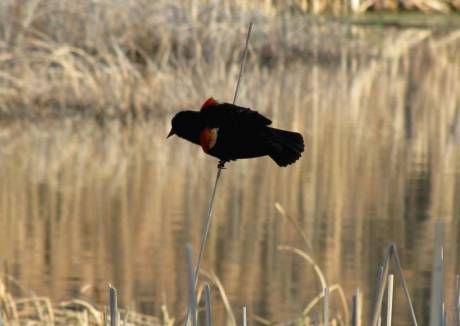 Redwing blackbirds have a penchant for teetering on cattails. Another harbinger of spring, as soon as the spring peepers begin their serenade, the redwings won't be far behind. 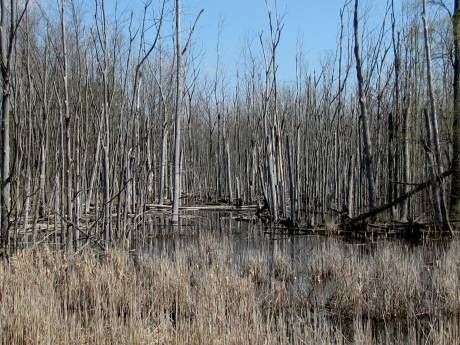 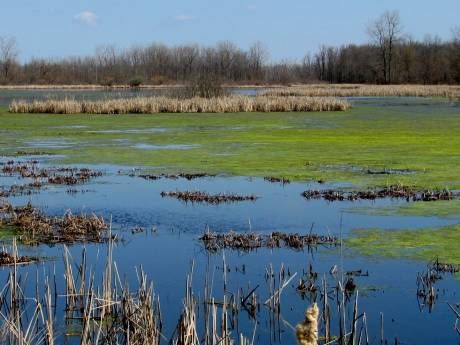 What a difference a week makes. Last week's unseasonably warm weather may be the reason for the algae blooms that sprung up in several marshes on the refuge. 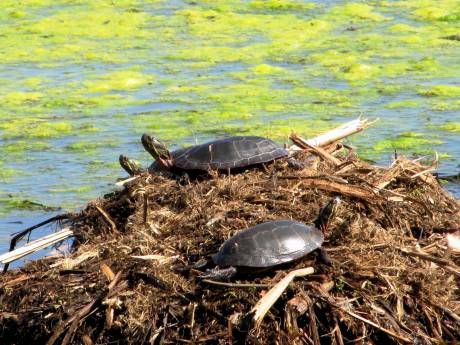 A trio of painted turtles catching some sun atop a muskrat den. 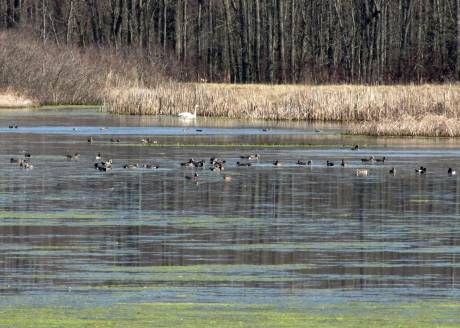 A flock consisting mainly of widgeons makes a migratory respite while a lone swan hugs the shoreline in the background. We saw no puddle ducks such as mallards and woodies, but there were a number of ringneck ducks and scaup on the marsh. 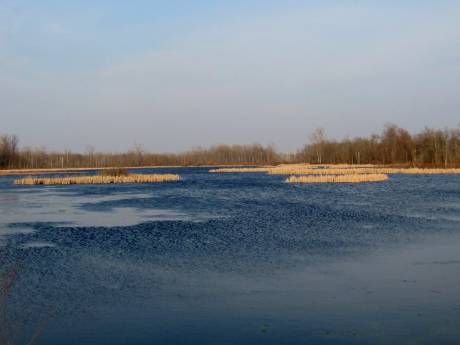 Already new shoots and buds are beginning to appear across the wetland and scenes such as the one above will change drastically as last year's cattails will soon be lost in this spring's greenery.