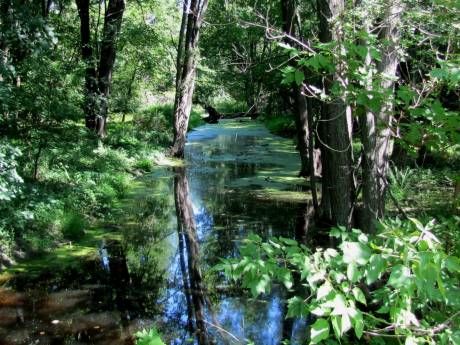 This small stream meanders though a woodland not far from our home. Here it reflects a bit of sky and the surrounding trees. In the background the stream surface is coated with duck weed. 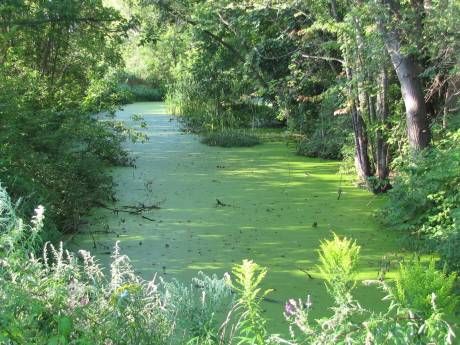 Further upstream the surface of the same creek is entirely covered with duck weed... 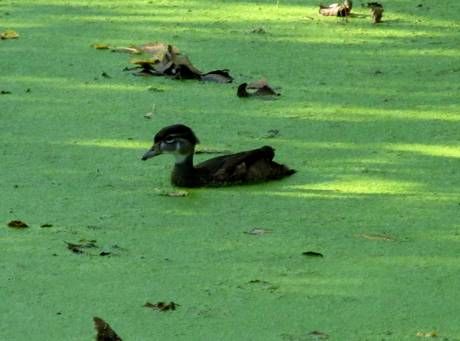 ...much to the enjoyment of this female wood duck. 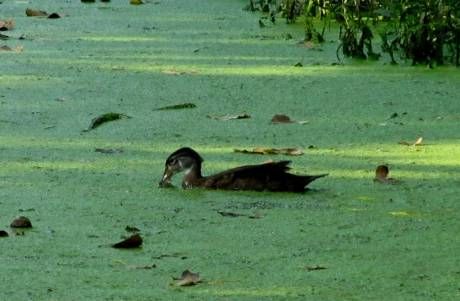 She is obviously at home in this alge-covered stretch of the stream. 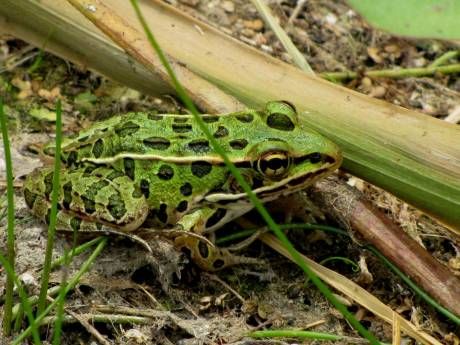 This photo belies the leopard frog's size -- it was actually smaller than my thumb. They were quite plentiful and jumping all over the place. This little guy was willing to sit still for a few moments, allowing me to take his picture. 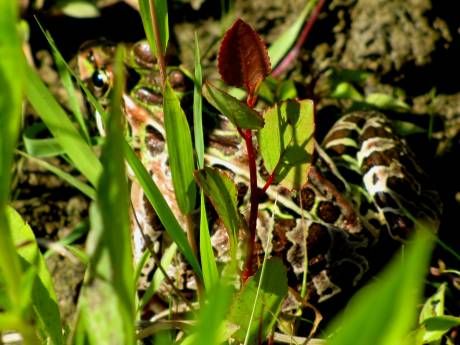 Another leopard frog, though considerably bigger, provides a demonstration in the art of camouflage. 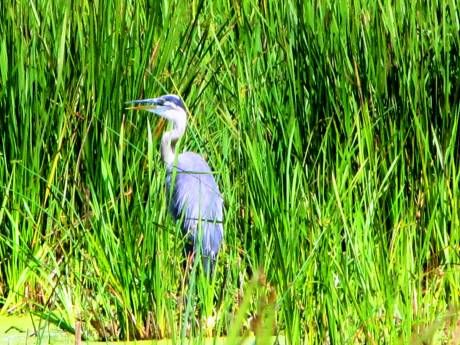 This heron is in the process of swallowing a meal -- perhaps a fish, or maybe a relative of the leopard frogs. 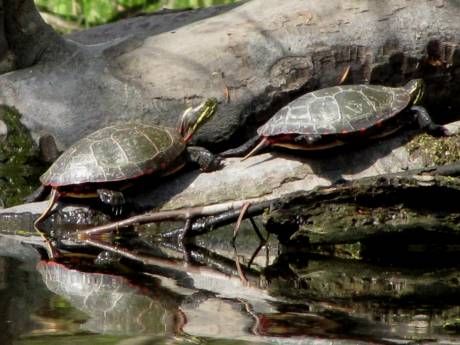 A pair of Painted turtles soak up the sun. 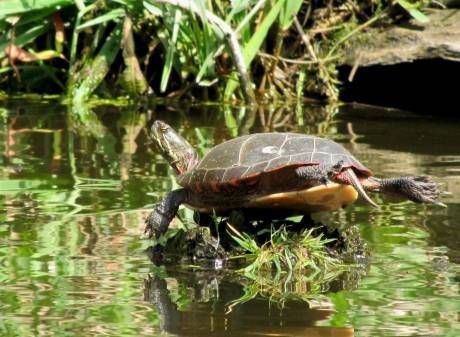 All four of this turtle's limbs are flailing the air in a desperate bid to escape. As I approached to take its photo it attempted make a hasty exit but failed to get a toehold in order to propel itself into the water. It took some doing but It finally succeeded. Hopefully, next time it will select a larger sunning surface. 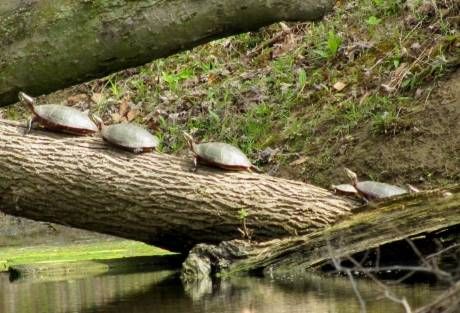 This group has the idea -- a large surface which provides easy escape in the event trouble should arise.